The other day I ran a half day trip and the order was to catch some fish, teach a few things about the area and land a few fish for take home.  So our a.m started after Redfins and Crappie, only a few strikes in the first 40 min then the fish started getting the hook.  Fleir, Gar, Crappie came on board and over a conversation about catching coolers of Redfin back in the day and a rod bowed up.  My customer knowing he had caught plenty of Perch over the years didn’t know he was connected to his largest to date.  On board this Redfin hit 1.7lbs, a fish thats far beyond what NC recognizes as a trophy catch. 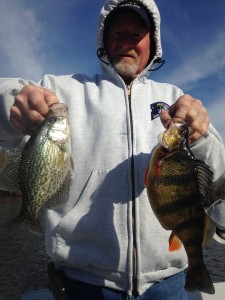 Shifting gears to add to the cooler, I took the boys to chase some Tar River Rock.  We missed some fish, had bites on every stop but 1 and we landed some fish.  Thought for sure I would have the boys their limit in an hour and a half but everything was outside the keeper slot.  We got some pull but all were released, to big.  So, on to swim another day.  Not a bad day on the water for Feb., 5 species, citation fish, out of the slot Rockfish…..good fishing. 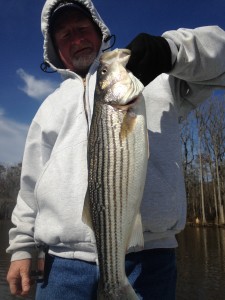 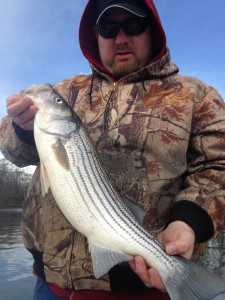